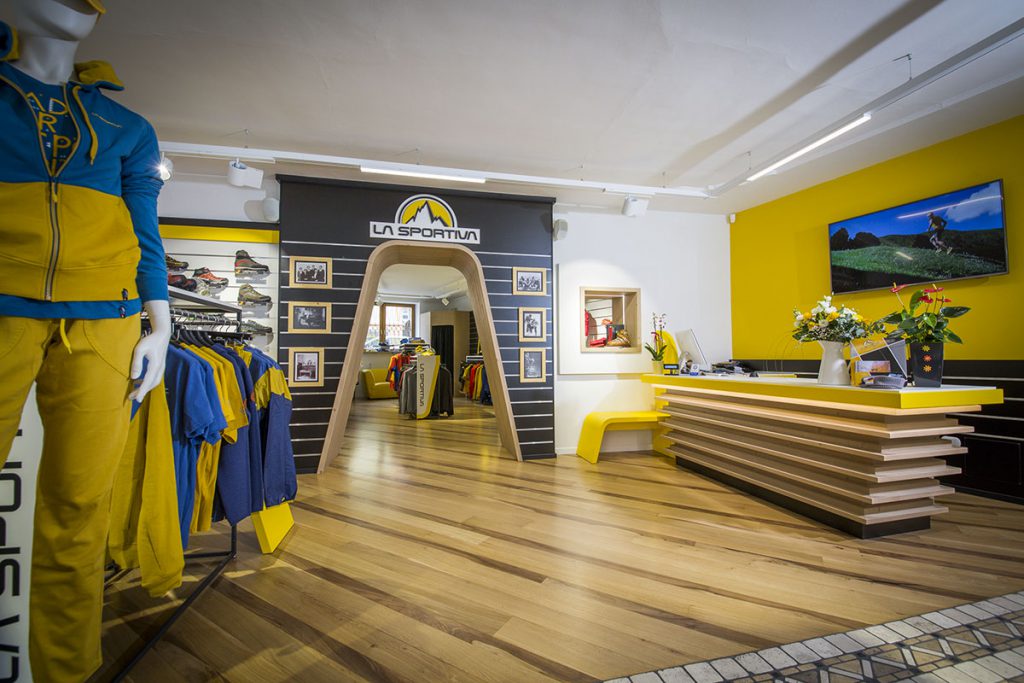 There are two new openings of La Sportiva single-brand stores scheduled for 2019: the brand from Val di Fiemme, world leader in the production of outdoor footwear and clothing, present in over 70 countries worldwide and with its well-established Headquarters in Val di Fiemme, at the foothills of the Dolomites, in April opens two new stores in Trento and Pozza di Fassa.

“These are two strategic areas for our brand – says Andrea Bonetto, Retail Manager – Trento for obvious reasons, as capital city of our region that closes the circle of recent marketing activities staged for the celebration of our 90th anniversary and that now opens new possibilities and synergies with the city that is perhaps, the most representative for us, and Pozza di Fassa in defence of the Valle di Fassa area, a place of outdoor activity par excellence, at the foot of the Marmolada glacier.”

Founded in 1928 by Narciso Delladio and made world famous by Francesco Delladio, the company is still 100% family owned today, led by managing director and president Lorenzo Delladio and the fourth generation of the Delladio family, Giulia Delladio, La Sportiva has evolved in recent years from a global footwear company to a global brand offering a complete range of goods for mountaineers that is structured on clothing and footwear lines both for technical use and free time activities. “Whether the choice of the mountain enthusiast is to climb outdoors or in the gym, to go mountain running along dirt tracks, to practice ski mountaineering or to go backpacking for one or more days – says Enrico Carniel, Area Manager Italia – La Sportiva is able to meet all the requirements of active users at all levels: from the professional to the amateur who chooses to wear the Trentino brand even in their free time activities.” 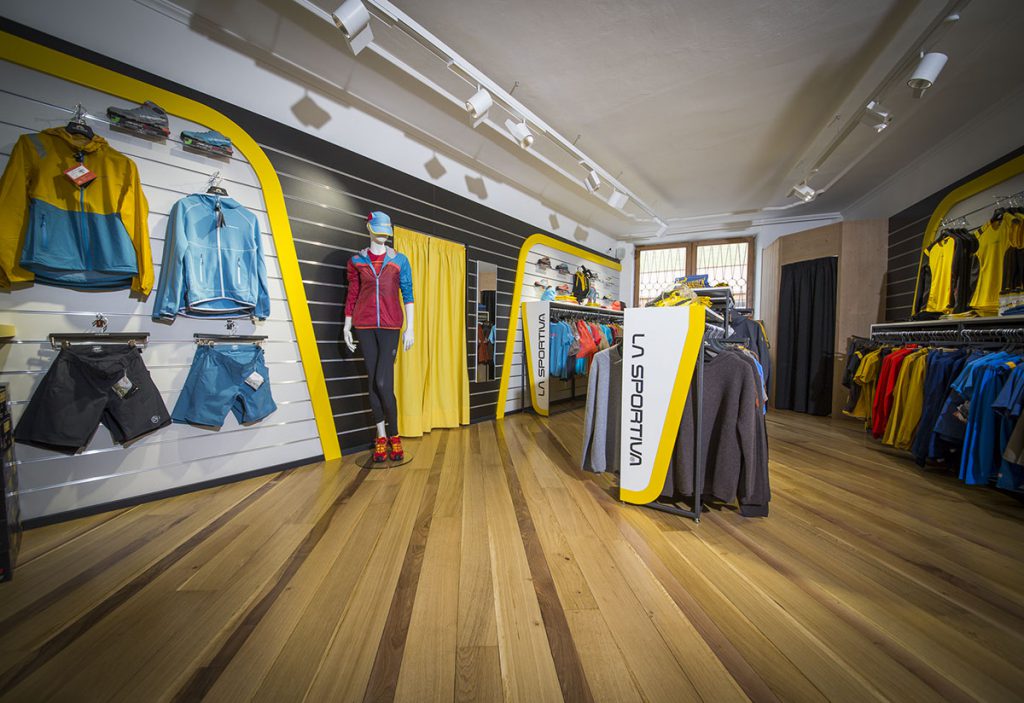 The brand stores of the Trentino brand now reach eight: the new openings of Pozza and Trento are added to the points of sale of Ziano di Fiemme, Cavalese, Arco (all in the province of Trentino), Finale Ligure, Rodellar (Spain) and Mexico city: each one characterized by its own peculiarities and able to offer the brand experience at 360° through the range of products designed and developed in Val di Fiemme.

Seventy square metres of store in Trento, ninety-five those of Pozza di Fassa with an assortment to satisfy two very different types of clientele: more urban and lifestyle the first, more oriented to life in the outdoors, the second. The Trento store is located in the city’s shopping centre, in Via Mazzini 5, while the Pozza store is on the main road to the Dolomites: Strada Dolomites 65, right at the entrance to the town. “And that’s not all – adds Luca Mich, Marketing Operations Manager – because starting this year, whoever enters into one of our stores will be taken on a truly emotional experience, thanks to the integration of LaSpo Radio, the official store radio that will propose a collection of songs designed for an evolved, dynamic and active clientele: always looking towards the future and the challenges that lie in store. “ 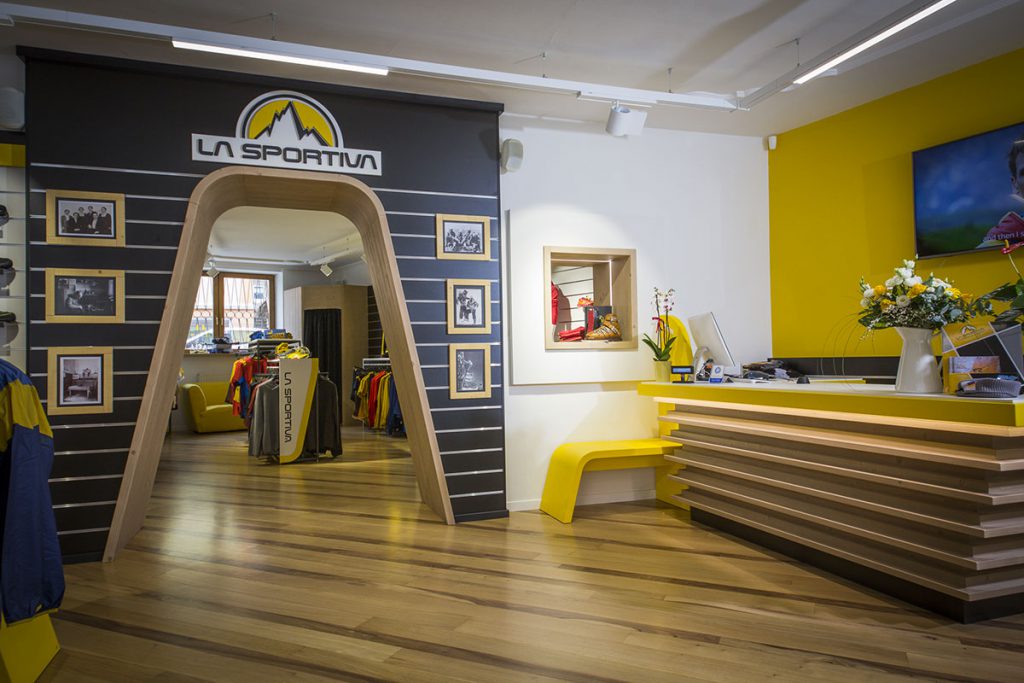 The La Sportiva Trento store opens officially the first week of April and will be followed the week after by the opening of the Pozza di Fassa store.

The Trento store opens officially the first week of April and will be followed the week after by the opening of the Pozza di Fassa store. The official inauguration of the Trento store however is scheduled for the evening of May 15th at the International Sales Meeting that will see all the world’s major importers invited to Trento: the event will naturally be open to the public and will a number of surprises are in store, including the participation of some of the best brand ambassador athletes.

Two new landmarks therefore for outdoor enthusiasts La Sportiva is for your mountain. 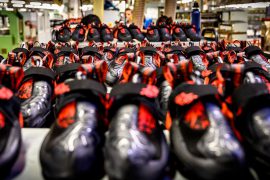 From Monday 18th May, the La Sportiva factory at Ziano di Fiemme in Italy and the mono-brand stores will reopen safely.