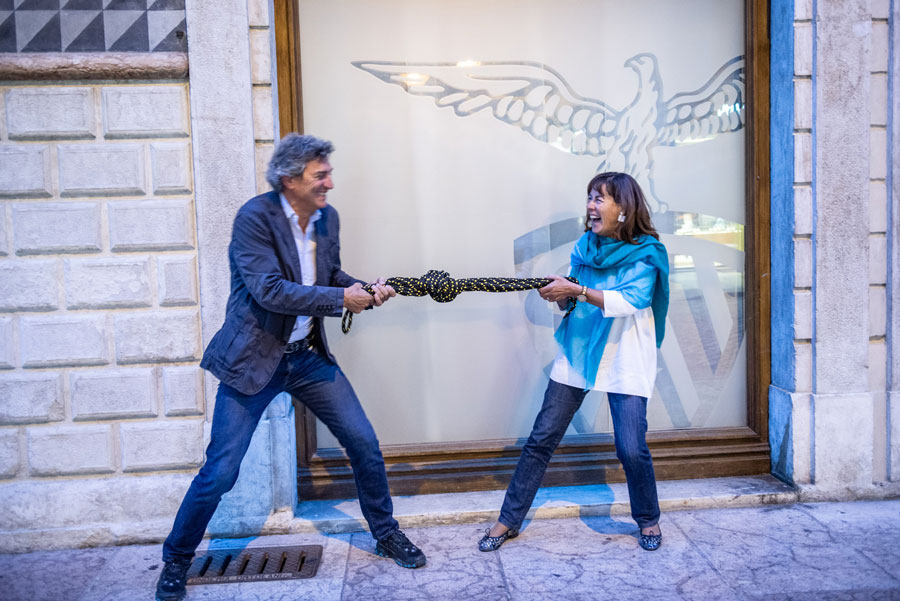 Lorenzo Delladio, CEO and President of La Sportiva, and the President of SAT Anna Facchini: the partnership between the two Trentino companies is underway with the aim of territorial enhancement and redevelopment with the 1% for the Planet project

The agreement between La Sportiva, a Trentino brand that produces outdoor footwear and clothing, and the Società Alpinisti Tridentini (SAT), the Trento division of the CAI, (Italian Alpine Club) which has over 27 000 members in the area and has, among its objectives the maintenance of over 5000 km of mountain trails and the active widespread of the culture of mountaineering within regional borders, was officially signed. yesterday evening.

The next 4 years will therefore see two of the most important Italian realities in the mountain area, actively collaborate on activities strongly linked to the enhancement and redevelopment of the territory with land reclamation, cleaning and maintenance of paths and mountain huts, as part of the global project for the conservation of the environment that goes by the name of 1% For the Planet. The international association of which La Sportiva is a member provides for the commitment by the companies involved to allocate at least 1% of turnover to practices related to respect, conservation and requalification of the environment.

“This collaboration – states the President of SAT Anna Facchini – allows us to look to the future with great serenity and vision: with La Sportiva we have a medium / long-term program that will allow us to support various initiatives to enhance the territory and spread the culture of a sustainable approach to life in the mountains, also through the active involvement of testimonials, athletes and influencers linked to the company and which will allow us to amplify the message on all the channels of an international brand firmly rooted in its territory.”

“When the opportunity arose to support the SAT in its numerous cultural initiatives – adds Lorenzo Delladio, CEO and President of La Sportiva – I thought it was happening at a particularly significant moment in time: following the pandemic and the period of lock-down that all of us have experienced, we are in fact facing a new season of rebirth for outdoor activities, where issues such as safety and training related to venturing into the mountains, as well as maintenance operations of shelters and paths, are as much as ever on the agenda given the masses of people, often inexperienced newcomers, who are approaching high altitude outdoor activities. Added to this is the extensive damage caused to our woods by the VAIA storm and which still requires numerous interventions and resources for their restoration. It is therefore up to us companies and organizations present in the area to support the requalification of the territory, as far as our strength and sensibility is concerned and to raise awareness on the right way to approach the mountains. What could initially have been a simple collaboration through the production of official SAT La Sportiva-branded uniforms, soon turned into something much more important and of value for all those involved: members, mountain enthusiasts and the company itself.”

For the Val di Fiemme brand, this new collaboration is in addition and completion, with an immediate impact on the territory to which it belongs, of the pro-environment activities brought together in the latest social responsibility report which, requests members, following entry into 1% For the Planet, to make important investments destined annually to initiatives, bodies and associations that actively contribute to the protection of the environment. The details of the collaboration were presented last night during the SAT shareholders’ meeting and include, among the numerous activities, an active collaboration on the communication side with exchanges of visibility and creation of common tools, the production and exclusive supply of La Sportiva branded garments bearing the SAT logo and collaboration on events and projects for the redevelopment of paths and shelters. 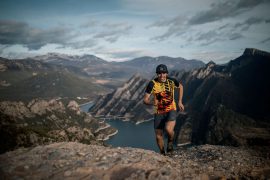