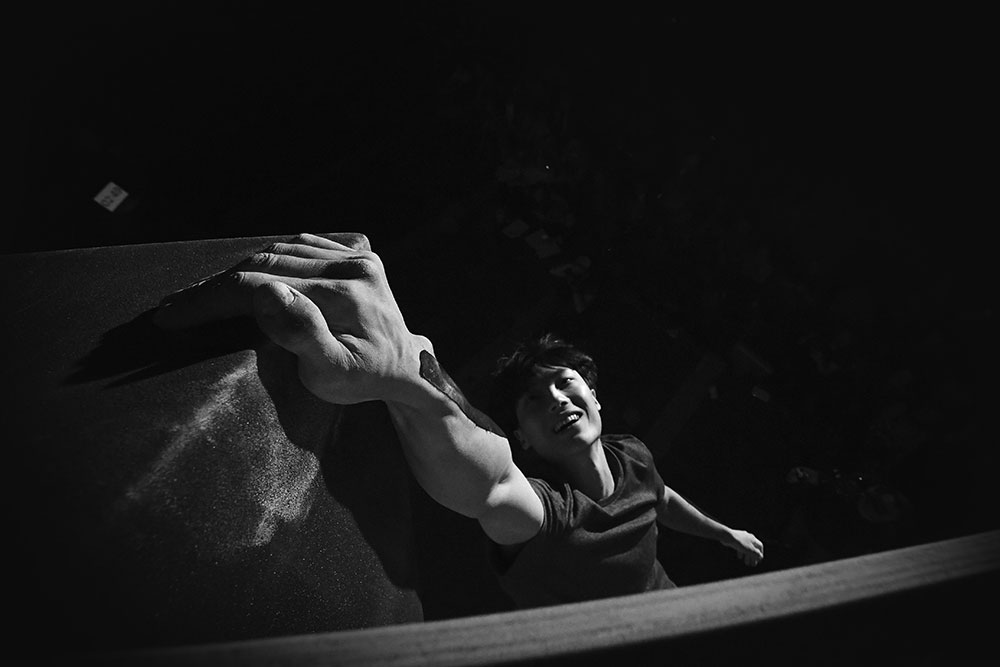 Climb Tokyo: on 23 August La Sportiva will be in the capital with its international athletes for the brand’s first team climbing contest organized in Japan

The countdown to the 2020 Tokyo Olympics, has officially begun! This first edition of the Games sees the debut of the various climbing disciplines. The appointment with the first qualifiers is set in Hachiouji, Japan (an hour’s drive from Tokyo, traffic permitting) at the Climbing World Championships which will take place from the 11th to 21st of August and will offer 7 qualifying places for the Games. The perfect chance for La Sportiva to organize its first official event in Japan, right in the heart of Tokyo!

La Sportiva Climb Tokyo is the name of the big climbing event to be held inside the main climbing gym in the Japanese metropolis: B-Pump Ogikubo.

4 teams of 25 climbers (previously registered) and 5 pro climbers, will compete in a format that will bring together all the essence of the Trentino brand’s climbing experience through its products, athletes, music and happy hour from 5.00pm to 10.00pm on Friday 23rd August 2019. A climbing party in true La Sportiva style in the company of La Sportiva’s best athletes who will be there to celebrate the conclusion of the climbing World Championships and to get the Olympic adventure off to an ideal start.

La Sportiva in Japan for over 50 years 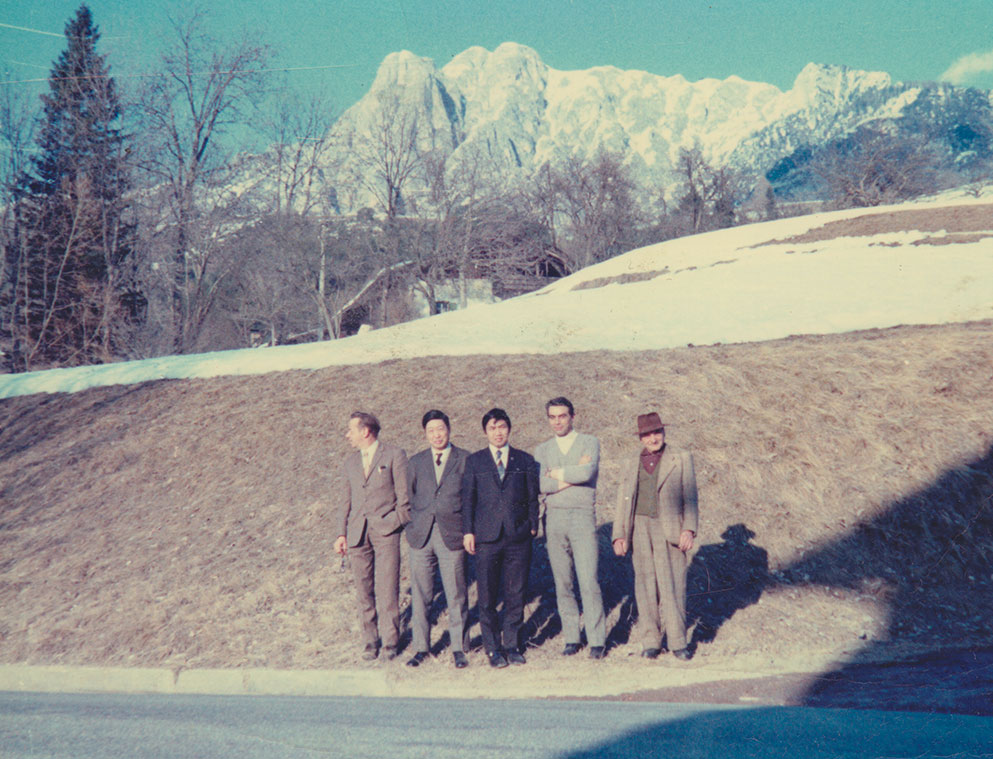 This event has also been made possible thanks to La Sportiva Japan, the long-time Japanese partner, distributor of the Val di Fiemme brand since 1969, ahead of its time in the outdoor market. In the photo Narciso Delladio and the Sato family in 1969

This event has also been made possible thanks to La Sportiva Japan, the long-time Japanese partner, distributor of the Val di Fiemme brand since 1969, ahead of its time in the outdoor market. “Climb Tokyo will be the perfect opportunity – says Yoshiaru Sato, CEO of La Sportiva Japan – to transmit to Japanese climbers all the brand values that represents absolute excellence in our market and is in its DNA, quality, passion and attention to the smallest details that are fundamental values for our culture too.” “Our goal is to bring the essence of our brand, born in the mountains of the Dolomites, to the metropolitan climbers of Tokyo – says Lorenzo Delladio, CEO and President of La Sportiva – and ideally continue the path traced by my grandfather Narciso Delladio, founder of the company, who had already met Tomoyoshi Sato in the 70s, and had begun to export to the East which was then a very small and unknown brand from the Val di Fiemme. For La Sportiva, the Olympics represents an opportunity to spread our values and our history to the climbers of tomorrow that may potentially, through this showcase, approach our sport”. 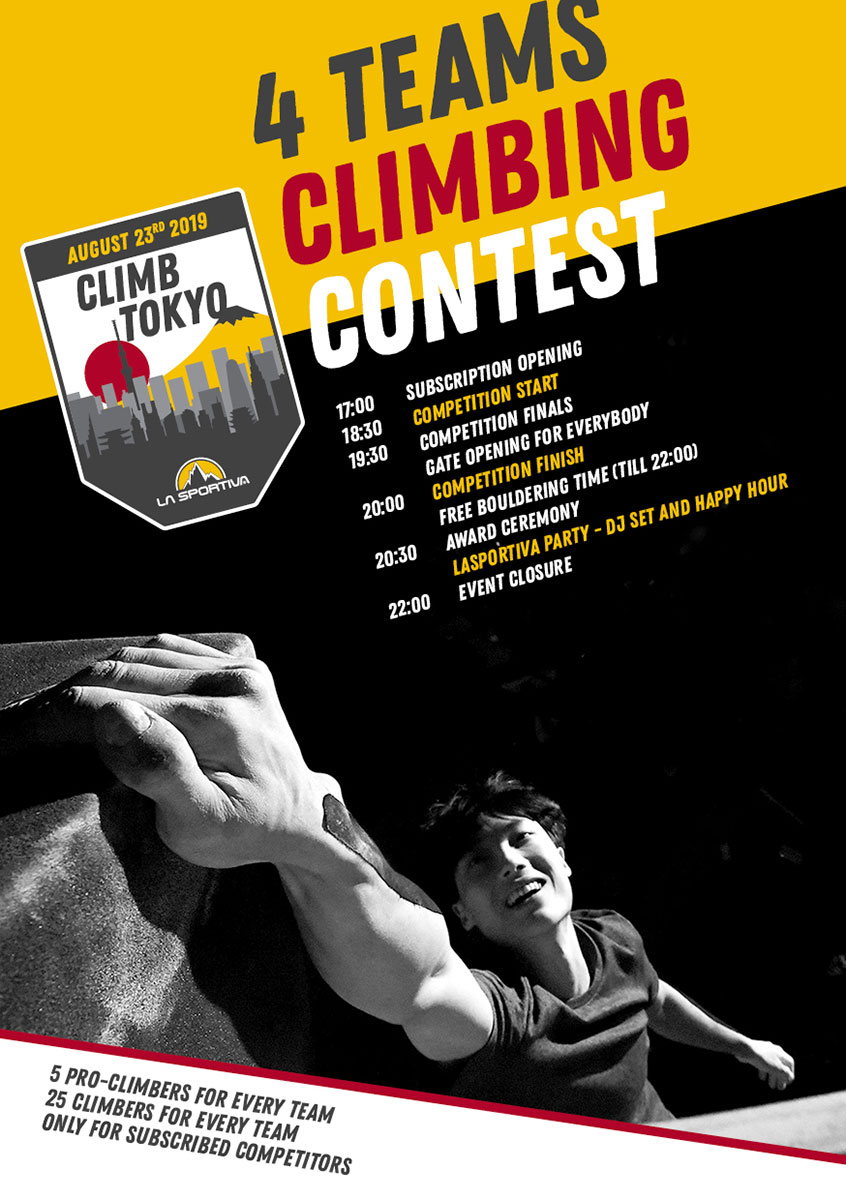 The La Sportiva Climb Tokyo event will be staged in what is unanimously considered by the climbing community, as “the climbing centre of the Japanese capital”

The La Sportiva Climb Tokyo event will be staged in what is unanimously considered by the climbing community, as “the climbing centre of the Japanese capital”, recently used by some of the top international athletes like Adam Ondra in preparation for the competition season, and local and international stars such as Akiyo Noguchi, one of the La Sportiva athletes among the possible candidates for Tokyo 2020. “Climb Tokyo will be a true climbing festival – says Katsuaki Miyazawa, B-Pump Ogikubo’s Gym Manager – and to celebrate it to the fullest, we have thought of having our pro-climbers compete with our audience of enthusiasts, who can at any time ask their idol for advice and contribute to the success of their team.
All in a warm and familiar atmosphere in true La Sportiva style and accompanied by a DJ set and an unmissable final party.

Save the date: 23rd August, Tokyo @ B-Pump Ogikubo.
JOIN THE PARTY in our streaming on the  La Sportiva Facebook page
Registration on pump-climbing.com/gym/bpump
Check the official page of the event onwww.lasportiva.com/it/climb-tokyo 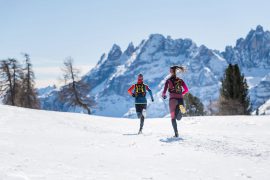