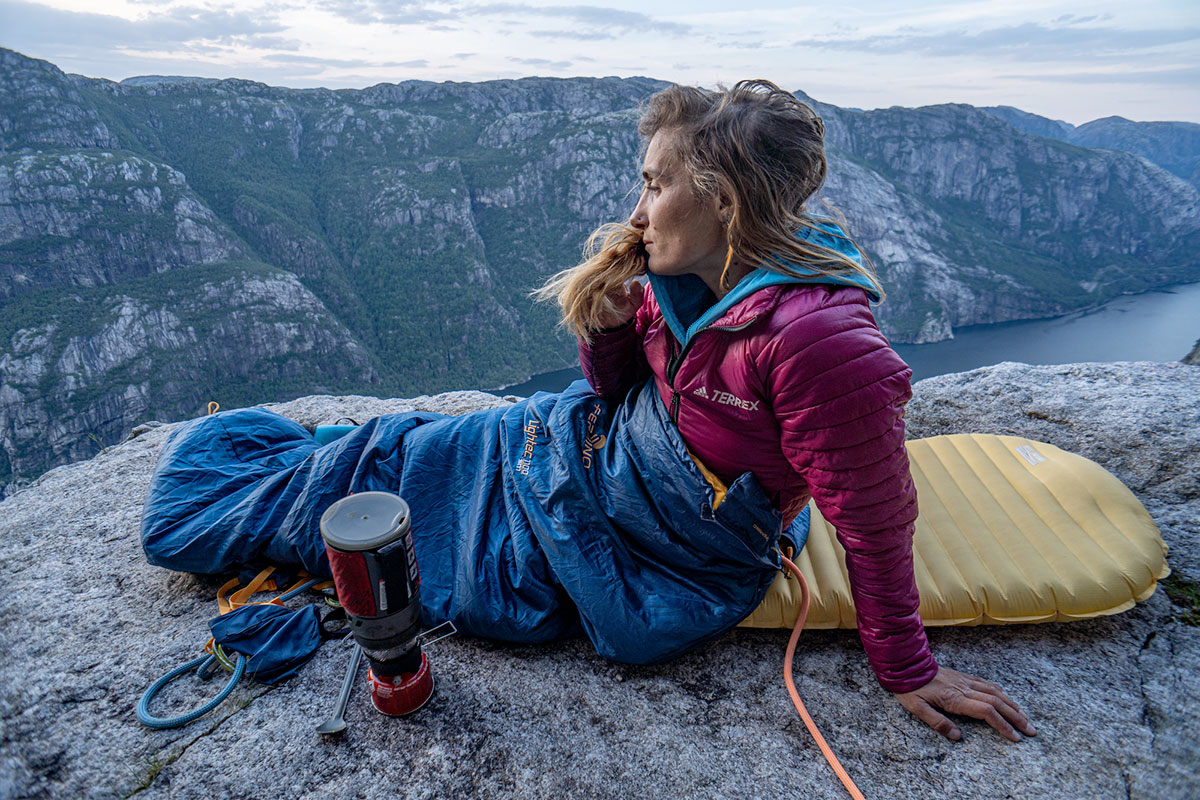 French alpinist Lise Billon tells her story: not only important ascents, but above all her attention to places and to the mountaineering community that prompted ferrino to welcome her onto the team

Born in 1988, French mountaineer and mountain guide Lise Billon joins the Ferrino team: the young Lise already has a more than enviable CV of ascents and is one of the few women to have won a Piolet d’Or (for the opening of Hasta las Wuebas, ED, WI5, M5, 90°, 1,000 m, on Cerro Riso Patrón Central, in Patagonia). Her numerous and technically demanding ascents in Alaska, Patagonia, Yosemite and the main north faces of the Alps would have been enough to convince Ferrino to welcome her to its team, but that is not all.

The mountaineering that Ferrino has always supported is not only that of technically complex feats on the world’s remotest walls, which Lise has in any case shown that she is more than capable of doing, but above all a mountaineering that is attentive to places, to the local community and to the people who are part of it. Furthermore, Ferrino has always supported women who undertake these routes, in the hope that their experiences and their journey will be a source of inspiration for everyone, which is undoubtedly true for Lise. What is more, Ferrino already collaborates with ENSA (l’École Nationale de Ski et d’Alpinisme) where Lise also trained. 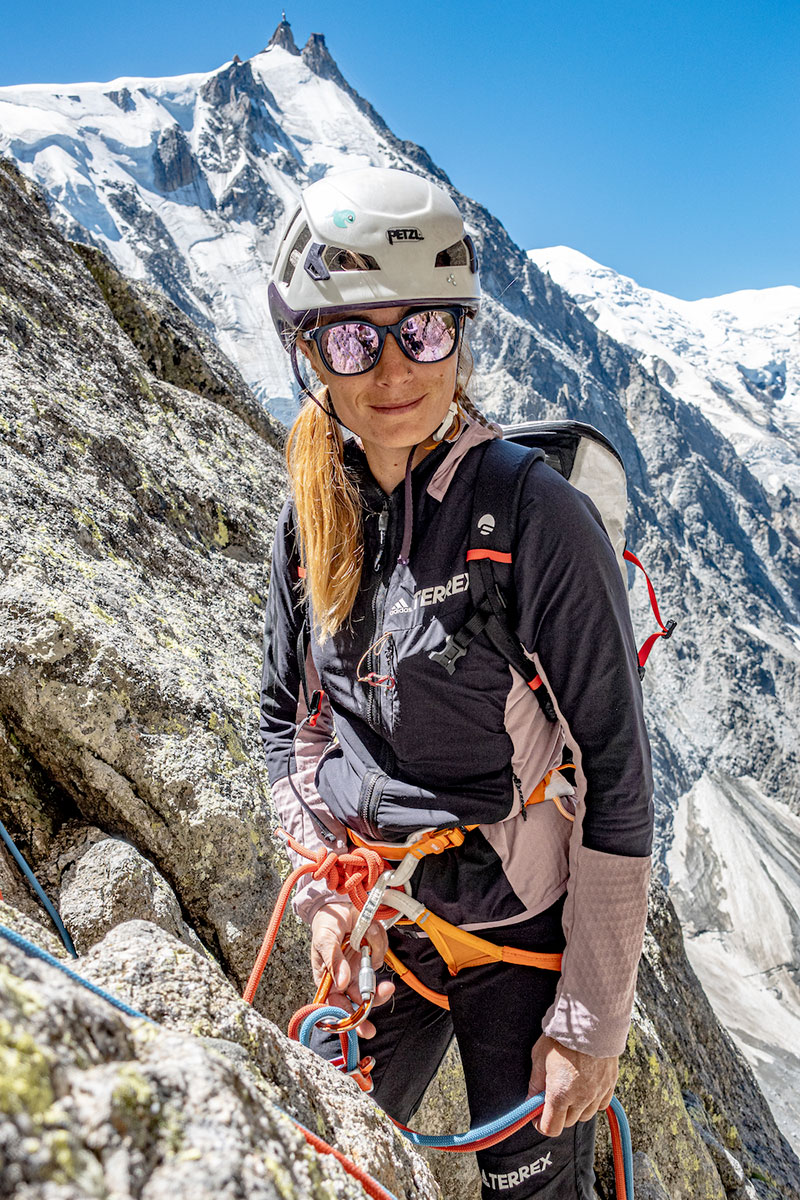 In addition to being an internationally renowned mountaineer, Lise is also a member of the FFME, the French Mountain and Climbing Federation, and specifically of the women’s team: she supervises the training and coaching of young women who have already had important experiences in the mountains to reach even higher levels in mountaineering. She is very attached to the mountaineering community of which she is a member and has never stopped at the limits of being a woman, indeed, she says that she has never even thought about being different, but it was mainly the others who pointed this out to her: “I thought about my goals, whether they were mountaineering goals or the idea of becoming a guide, I never questioned whether as a woman I had more difficulty in achieving them. It was mainly the others, as I grew up, who made me realise that I was different, but I think that you can either emphasise being the victim of certain situations or go your own way, I just want to do what I like, do my job and live the mountains, and now I realise that I am certainly one of the few women doing this kind of activity and work, but I have decided not to dwell on this as if it were a limitation, but to concentrate my energy on achieving what I have in mind.”

“I started climbing as a child”, she says, “it was my father who introduced me to this world, he is a mountain guide and he always took me around with him, I started climbing in the FFME, the French Mountain and Climbing Federation when I was still very young”. Initially, Lise didn’t think about what she would become when she grew up, “I climbed more as a way of getting together with my friends, although I always had the idea of becoming a mountain guide”.

However, this path has also given her more self-confidence “becoming a guide has confronted me with having to make fundamental decisions for my own safety and that of my clients, I have to be firm and responsible, it has transformed me humanly, giving me the possibility of becoming more self-confident precisely because I have to be sure of the decisions I make”. 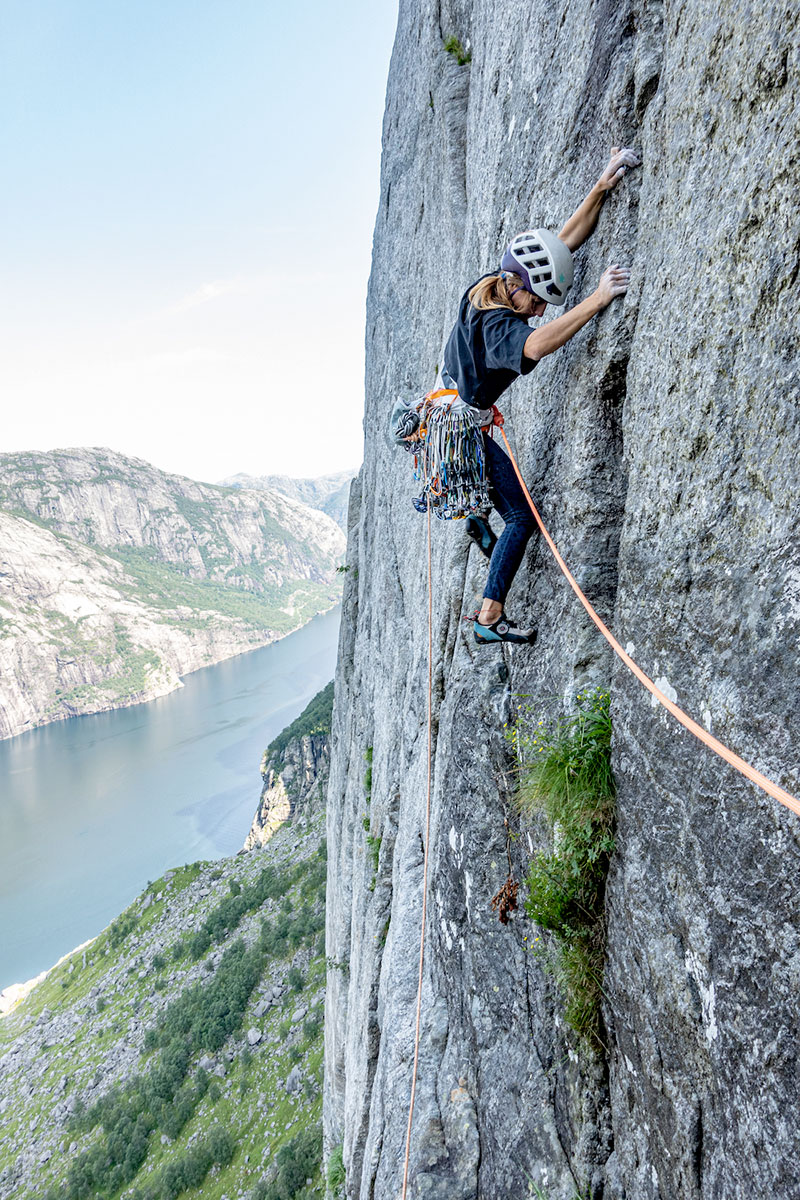 Lise Billon, in addition to being an internationally renowned mountaineer, is also a member of the FFME, the French Mountain and Climbing Federation, and specifically of the women’s team

We ask her if she prefers granite or limestone, which is a bit like asking if you love your mum or dad more, in fact she replies “limestone offers more variety of movements but I love cracks, they are a struggle and I really like that feeling of combat.” We continue with the questions that are impossible to answer, asking her if she prefers rock or ice, and her reply highlights Lise’s spirit: “I like the mountains because they allow you to never get bored, they have a thousand different playing fields, depending on the season or what you prefer to do at any given time, mountaineering allows you to vary a lot, between rock, ice and snow you never get bored.”

Although she already has many ascents in distant lands such as Patagonia and Alaska behind her, Lise lives and works in Chamonix where she is very attached to the people and the place, in addition to being a mountain guide in fact her role as coach for the FFME women’s team is a way of carrying on the lessons she has received “I like to give back what I received when I was a child, I like the culture and the air of this place, mountaineering is at home here, I believe that mountaineering creates an identity between people, I like to nurture this and be part of it”. But she does have another place in her heart and although she has climbed on faraway faces, that place remains close to home “I am attached to Verdon, it was one of the first places I climbed, for me it is home, I have numerous memories on that spectacular rock, I practically grew up on the Verdon slabs.”

At 34 years old, Lise already has many tales in the mountains, but judging by the spirit with which she approaches her expeditions and her work, and by the genuine passion she has for mountaineering, it is really worth keeping an eye on her as we are sure she will have much more to tell in the coming years! It will be a challenge for Ferrino to support her and follow her in her adventures, and her mountaineering experiences will certainly be a precious tool for us to improve our products. 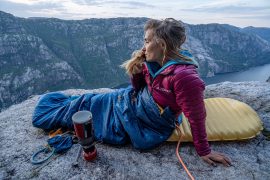 Everest: Andrea Lanfri on the Top of the World with Ferrino