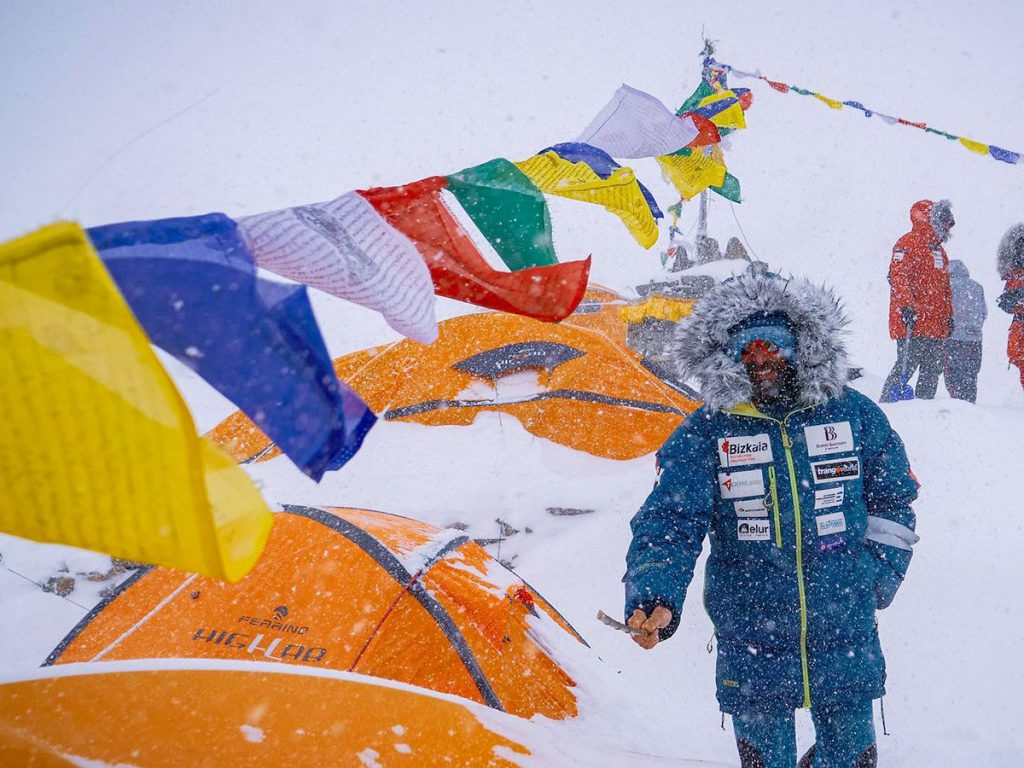 Alex Txikon, Iñaki Alvarez and Simone Moro’s winter expedition to Manaslu is now in full swing. The mountaineers are ready to climb up to the summit of the mountain. After weeks of hard work up and down doom the normal route of the eighth Eight-thousander, they are about to launch their decisive attack.

After reaching the base camp in mid-January 2021 Alex Txikon, Iñaki Alvarez and Simone Moro are finally ready to attempt the summit of Manaslu. The climbers worked hard for weeks along the normal route on the north-east face. They started quickly to set up camp 1 but they were immediately stopped by a huge insurmountable crevasse. To continue upwards, the climbers had to study a new route: a long and technical detour to the right that allowed them to reach the second camp and set it. “After transporting the gears, we set camp 2” says Txikon.

“Then we continued upwards, up to 6650 meters, just below camp 3. The route we are following is unique, beautiful and very technical. We had to work hard with ice axe and crampons to go on climbing”.

The route is beautiful, the team is motivated and after these days of rest they want to push themselves higher to try to reach the 8163 meters of Manaslu. Everyone in Ferrino is following the climb with enthusiasm and can’t wait to embrace them again at the base camp.

Both at the base camp and on the mountain Alex Txikon and his team are supported by Ferrino High Lab line’s products. Colle Sud and Campo Base tents form the base camp while for the high camps the climbers can rely on the Snowbound, Maverick and Pilier tents and on the HL 1200 RDS Revolution sleeping bags that will warm them up in the cold winter at very high altitude.

The new Pilier model stands out among the tents of the High Lab line that will welcome mountaineers during their climb to the summit. It is a Ferrino must have that has been updated with some new details. This tent, tested by Alex also in his previous expeditions, is equipped with an external pole system that allows a quick set up. In the event of adverse weather conditions, the inner tent does not get wet and there’s no risk of losing gear. 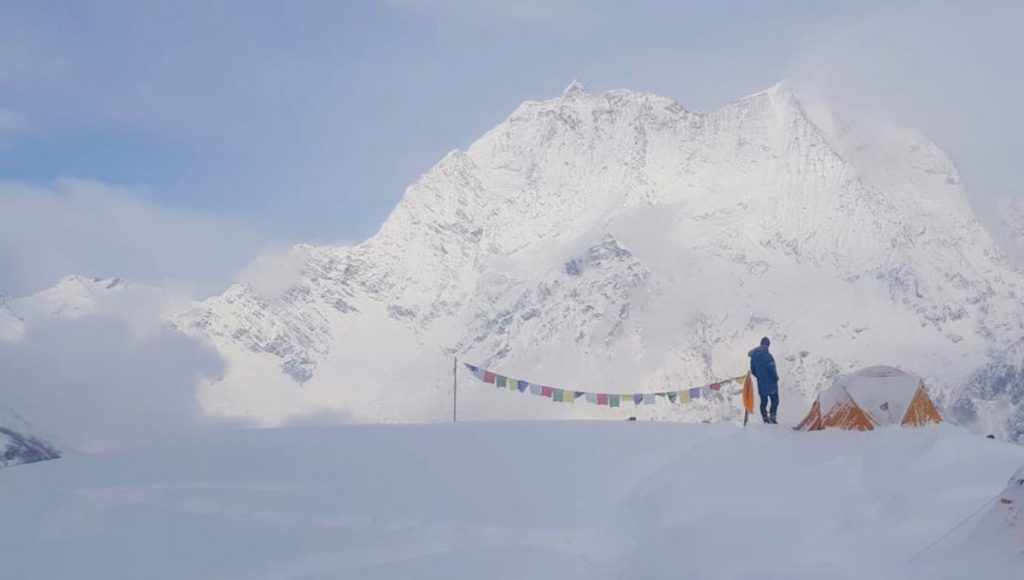 Alex Txikon was born in Lemon (Basque Country) in 1/81. He’s the youngest of 13 brothers. One of his brothers introduced him to the mountaineering as soon as he could walk: with only 3 years, Alex climbed the Gorbea in the Basque Country. Similarly, he was only 21 years old when he reached the peak of his first eight-thousand: the Broad Peak (8.051 m) in Pakistan. To the moment, with 38 years, Alex has been part of more than 30 expeditions, reaching 11 eight-thousand of the 14 mountains that exceed 8.000 meters in the world and. In the last decade, he specialized himself in high altitude expeditions during the hard Himalayan winter.

Actually, he’s the only mountaineer who leads winter expeditions every year since 2011. In 2016, with the Pakistani Ali Sapdara and the Italian Simone Moro, Alex Txikon accomplished the first winter climb to Nanga Parbat (8.126 m). Since then, he attempted to climb the Everest in winter in 2017 and 2018 and to the K2 in 201/. During 2020 winter we will see him engaged in his third attempt to climb Everest.

Read more about Alex on www.ferrino.it 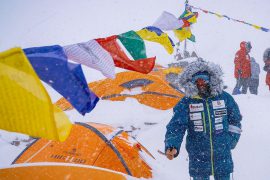 Alex Txikon & team sleep in Camp 1 on Manaslu in winter