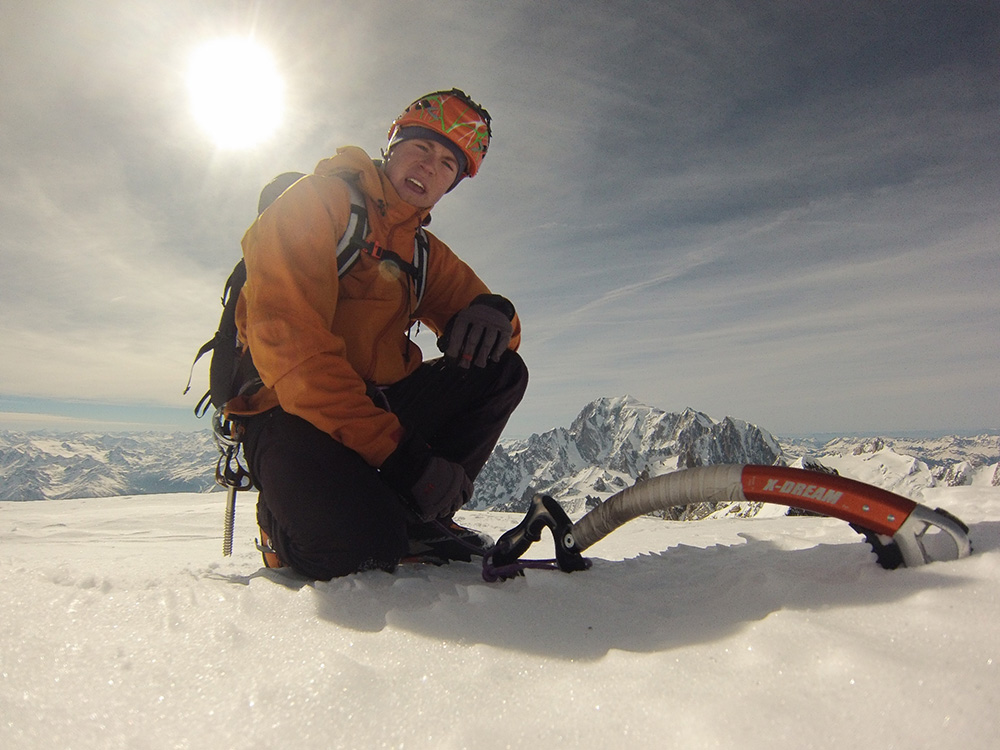 The CAMP team of athletes grows with a new top-notch figure. Tom Ballard, the outstanding protagonist of the “Starlight and Storm” winter project, shares the same passion with the historical Premana firm, which is also the ideal technical partner for his ventures. Tom has already enjoyed products such as the X-Dream ice axe, the Blade Runner crampon, and from now on our gear will accompany him in all his performances.

Born in the Peak District in 1988, Tom Ballard grew up in the Scottish Highlands and currently lives in the Val di Fassa, in the heart of the Dolomites. Son of the unforgotten Alison Hargreaves, Tom excels in all rock and ice specialities. Of a reserved nature, he quietly accomplished extraordinary climbs, but gained fame thanks to his “Starlight and Storm” project, where he soloed the north faces of Cima Grande di Lavaredo, Piz Badile, Matterhorn, Grandes Jorasses, Drus and Eiger. To get to know this elusive figure better, we asked him some questions.

What do mountains and climbing mean for you?
«Pretty much they are my life. I live in, and for the mountains. They are in my DNA. I climbed the Eiger before I was born!».

Why do you love to climb often alone?
«I love to climb alone for the total self-reliance, for the feeling that you have achieved something with no outside help. Even if this is not strictly true: soloing is a team effort! In fact, for most of my ascents my father has been there in the car park, having driven me there and waiting to take me to the next! Then there are all the other people like friends who support me and photographers».

What did you feel after completing “Starlight and storm” project?
«The Eiger had been a real battle. That morning I didn’t want to get out of bed, never mind climb the Eiger! But the winter was drawing to a close, conditions were good, time to finish the project. After five and a half hours I was finally on the top: not only the Eiger summit, not only the sixth summit, but the summit of a lifetime dream. I had completed the last three ascents within two weeks and I was exhausted, but a weight seemed to have be lifted from my shoulders, I could breathe again».

How did you decide to live in the Dolomites?
«I had spent two summers in the Dolomites. Travelling around, living out of the van, soloing the classic routes. I wanted to climb here in winter, see what it was like. So after spending the autumn around Arco, my father and I set up a base camp in Pera di Fassa for the 2012-13 winter. The next winter we did the same, and we have been here ever since».

Why are the Dolomites really special mountains?
«The Dolomites are unique, these chunky yellow and grey towers offering a vast array of climbing styles and techniques. From blank slabs to enormous overhangs. From bolted multipitch to traditional test pieces, and everything in between».

What are your most important achievements in the Dolomites?
«In March 2013, after several attempts I finally free climbed the Olimpia route: an old aid extravaganza taking a direct line up a steep, blank wall on the Catinaccio east face. The crux weighed in at 8a. It was the following pitch, 7c+, that created the problems. I was happy to have made the first free ascent of this route. A job well done. In summer 2011 I was sleeping in the van at Fedaia. I crossed Forcella Marmolada and walked around to the south face of “the queen of the Dolomites”. I set off climbing in the purest style, onsight free solo. I had only a pair of mountain boots and crampons in my rucksack to descent on the glacier. The route was the Vinatzer –Messner and after several hours of climbing with swirling clouds, making route finding on the easier pitches tricky, I reached the top. And it started to snow…».

Sport climbing, dry tooling, ice climbing, alpinism… you are a true all-rounder. But what climbing activity do you prefer?
«Climbing is like a cut diamond, with many different beautiful facets. It should never be possible to get bored, just change from bouldering to big walls. It depends on the weather and season which discipline I partake. But I love to be up in the mountains: to be alone on a vast alpine face is something incredibly special».

What are your next projects? Do you think to continue to climb in the Alps and Dolomites or do you hope to participate to an extra-Europe adventure?
«The Alps and the Dolomites have given me so much in memories, joy and experience. So they will always be my “home” mountains. However it is time to take my skills to bigger, more remote mountains. Climbing fast and light on big, technical routes».

You used the X-Dream ice axes. How did you feel with these ice tools?
«Having used the same modified ice axes for many years, on all terrains from snow plodding to dry tooling test pieces, I found odd to have the X-Dream in my hands. But straight away I had a good connection. In ice climbing the axe becomes an extension of your body: you must have the same feeling through the picks as you do with your finger tips. I immediately went straight on the Grandes Jorasses, the X-Dream excelled on the ice and mixed». 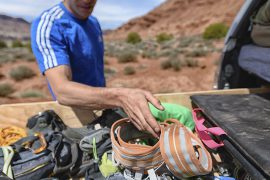