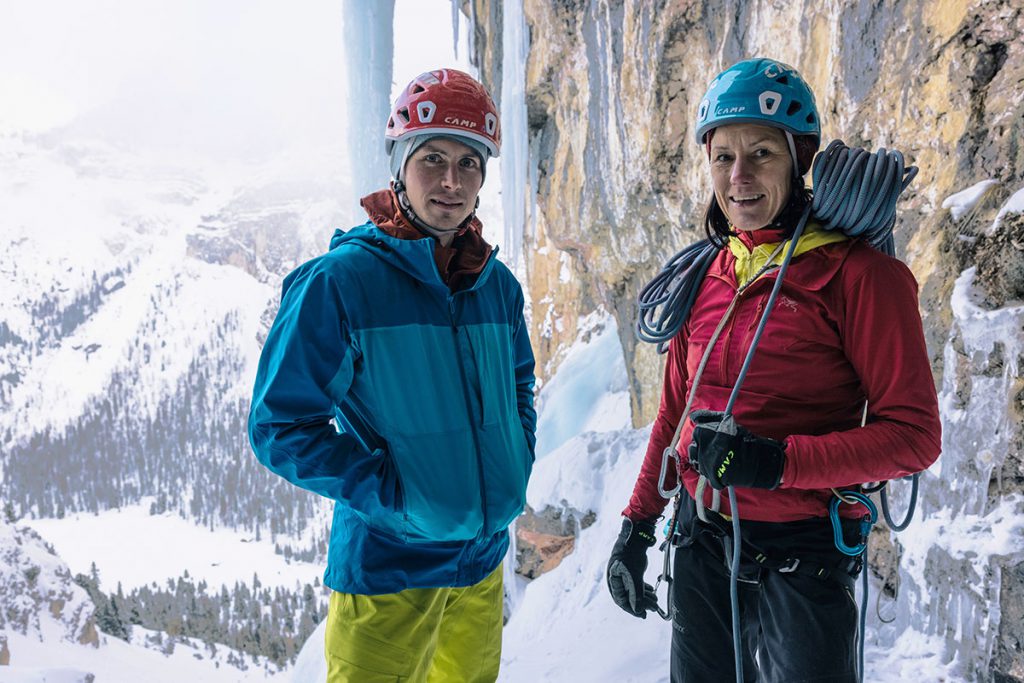 C.A.M.P.’s team of athletes grows bigger with two first-rate champions: Ines Papert and Luka Lindič. The two all-round major league alpinists, who excel on all terrains, have chosen our company as technical partner for their feats and, from now on, the most difficult routes on rock, mixed terrain and ice will be the testing ground for our gear. We are in high spirits about this new partnership, that adds up to the long tradition of collaborations with outstanding figures, who wrote several pages of mountaineering history. Ines and Luka fully represent the values of research, innovation and style that have always featured at C.A.M.P.; this is the reason why we are proud to announce them as our ambassadors in the realm of mountain adventures. 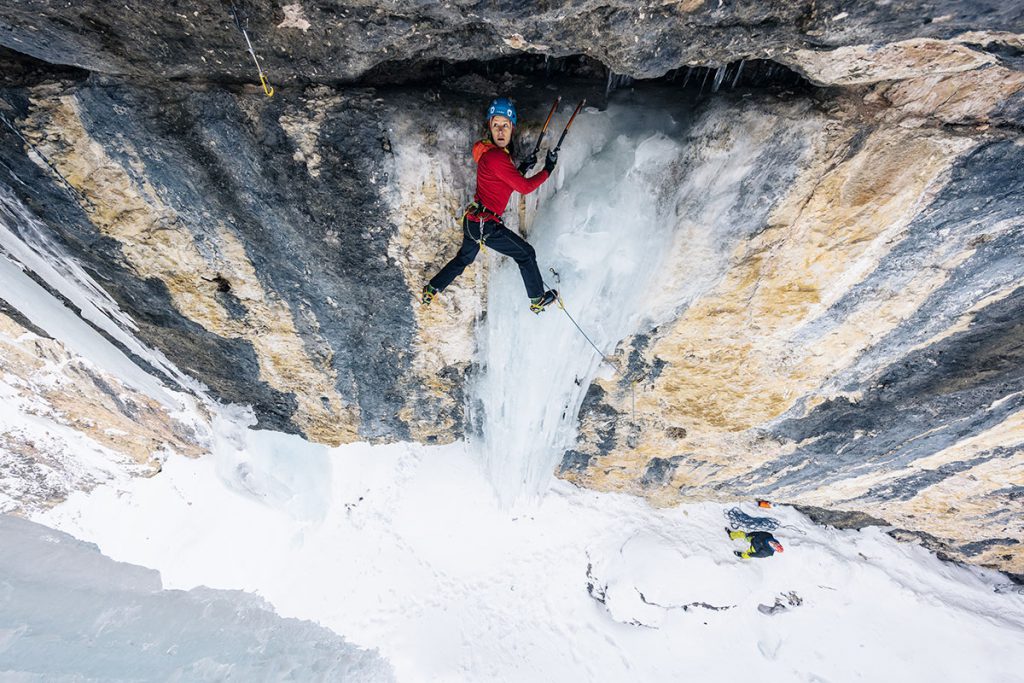 Ines Papert was born in Wittemberg (Germany) in 1974. She comes from a family of musicians and she studied physiotherapy before discovering the mountains, aged 20. Her talent and drive meant that she excelled on ice climbing competitions; she retired in 2006 to fully devote herself to outdoor climbing and expeditions. Her impressive cv entails achievements such as free climbing the routes Symphonie de liberté (900 m, 8a) on the Eiger (2003), Letzte Ausfahrt Titlis (500 m, 8a+) on Titlis (2004) and Camillotto Pellissier (500 m, 8b) on the Cima Grande di Lavaredo (2007). She opened
Power of silence (400 m, 7c+) on the Middle Huey Spire (Canada) and Cobra Norte (1300 m, WI5, M8) on Kwangde Shar (Nepal) in 2009, with routes in China/Kirghizstan (Great Wall of China), Baffin Island (Mount Asgard) and again in Nepal (Likhu Chuli I) in the following years. In 2011 she climbed Illuminati (120 m, M11) in Vallunga (Dolomites, Italy) and Schwarze Madonna (300 m, 8a) on Untersberg (Germany).

Over to Ines. «Why have I chosen C.A.M.P.? First of all for the extremely high level of its gear, and then because it feels like becoming part of a family, with precious exchanges in both directions, from myself and the company, whose history is a testimony of its strong bond with alpinism. I tested several tools in the past few weeks and I was surprised by the Alpinist Tech crampons, by far the best I have ever used, and the X-Dream ice axe, which is really versatile. The Storm helmet is extraordinary, as well: very comfortable and light, it is ideal in the mountains, when success relies on many details, and where lightness, together with functionality and sturdiness, becomes pivotal. On this matter, I have observed C.A.M.P.’s great ability in nailing the ideal blend, where no feature prevails on the others». 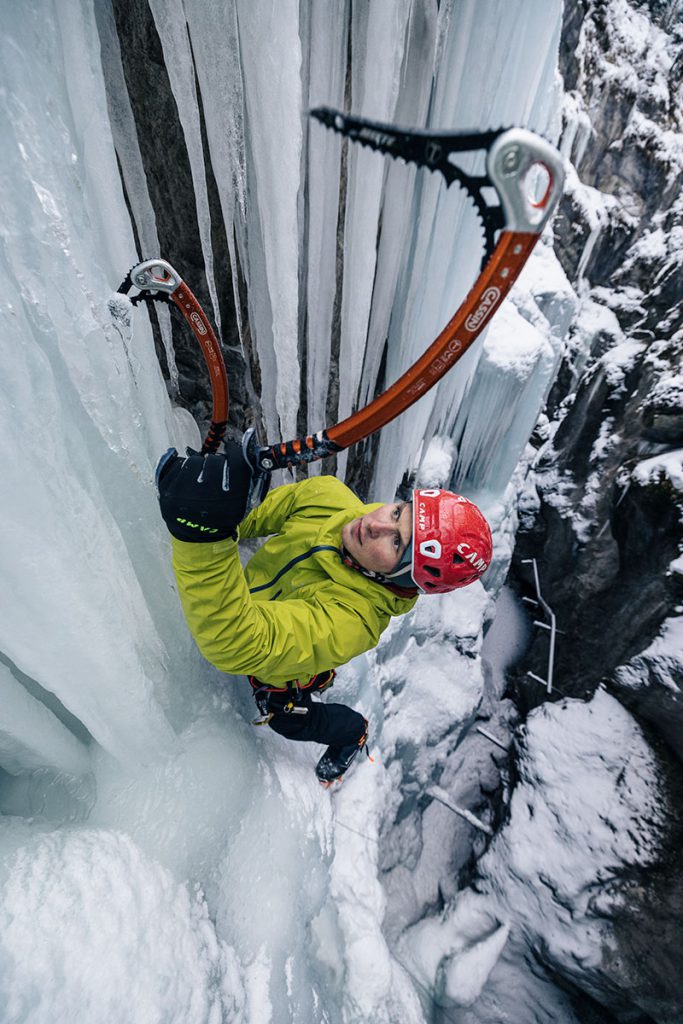 Luka Lindič was born in Celje (Slovenia) in 1988. He has been climbing since 2003 and he was already part of an expedition to Pakistan in 2008, where he carried out the first repetition of the Anderson-House-Prezelj route (2200 m, 6c, M6) on K7 West. Alert and methodical, Luka focuses on training and exercising and is enthusiastic about the history of alpinism; this is the reason why it did not take long for him to stand out as one of the purest talents of his generation. He opened an astonishing three new routes in the Bhagirathi group (India) in 2009, setting the tone for a series of “first ascents” that would carry on in several continents, from Europe to the Americas as far as the heavyweights in Asia. In 2014 he excelled for the first free ascent of Rolling Stones (1100 m, M8, 6a) on the north face of the Grandes Jorasses (Mont Blanc) and especially for his Himalayan feat on Hagshu (a new, 1350-metre long route, 70°-90°, III) awarded with the Piolet d’Or. He was in Canada in 2016, where he opened the routes Lindič-Leclerc (1100 m, M7+, WI6+, R) on Mount Tuzo and Psychological effect (700 m, M7, WI5+) on Mount Neptuak; he then went to Pakistan, where he reached the top of Broad Peak (8047 m) and the north face of Gasherbrum IV (7900 m). On that prolific year, he also climbed on Kyzyl Asker together with Ines: their bond, both on the rock and in life, had started. As far as grading is concerned, Luka has climbed up to 8c on rock and M13 on a mixed terrain.

Over to Luka. «C.A.M.P. is a family-run company that boasts a long-standing tradition. You can sense a positive atmosphere infused with passion and friendship here, which is a fundamental part of a fruitful collaboration; apart from the unquestionable quality of their products, this is the reason why I am happy to be part of their team. Speaking of gear, the X-Dream ice axe, the Alpinist Tech crampons and the Dyon quickdraws are on top of my list. I will also add the Geko Ice Pro gloves, which I adore: this was a pleasant surprise, coming from a company that specialises in hardware. Personally, I am not too obsessed with weight and I do not choose only the lightest gear. What sets C.A.M.P. apart, as Ines was saying, is its ability to offer light tools that work wonders and you do not need to forego anything: a case in point is the X-Dream ice-axe, which is light and really high- performance».

Germany and Slovenia. C.A.M.P. has considerably stepped up its presence in Germany in recent years, investing resources in one of the most prominent markets in the outdoor industry. Despite the pandemic, 2020 brought double-digit growth for C.A.M.P. in Germany, proving that the choices made were appropriate. The undisputed queen of German alpinism, Ines Papert is much loved by the public, who follows her on social media and takes part in her conferences; our collaboration with her falls within this context and aims at bringing the attention of an even bigger number of enthusiasts to our products. Slovenia is perhaps the country that has contributed more to the mountaineering world, ever since the 1970s; bearing this in mind, the partnership with Luka Lindič is the ultimate piece in a mosaic that C.A.M.P. shaped by putting together several star players stemming from this unique nation, that has Mount Triglav on its flag. Let’s think about Tomaž Humar, Aleš Koželj, the young guns Luka Stražar, Nejc Marčič and Martin Žumer and, looking at sport climbing, Maja Vidmar and Janja Garnbret.

Together, shaping the art of going to the mountains. «With Ines Papert and Luka Lindič we begin a prestigious collaboration that will last a long time – says Eddy Codega, C.A.M.P.’s president – . I say these words thinking about the high-profile artists who always stayed with us, after joining our firm, and later became friends and part of our ‘family”. This is how our company works and both Ines and Luka captured the passion that lies at the heart of it, as well as its style, whereby tradition shakes hands with innovation. They found people who speak their language, as it were, who get excited when they hear the word “alpinism” and are really happy to conceive the tools to succeed in this practice, without any rhetoric. We, in turn, have identified Ines and Luka as the ideal ambassadors of our job, which will be further enhanced by their accomplishments: all these feats are made possible by their willingness to look ahead, every day, without giving up when difficulties arise. Ines and Luka on the wall, while we are at the firm: far from each other, and yet brought together by the fiery desire to shape the art of climbing mountains». 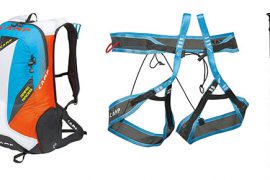 Light & Fast alpinism with the new products from CAMP

C.A.M.P. announces its rebranding, adopts a new logo to light up its future

Essentiality and lightness on 4000m peaks in the Alps and beyond, with CAMP