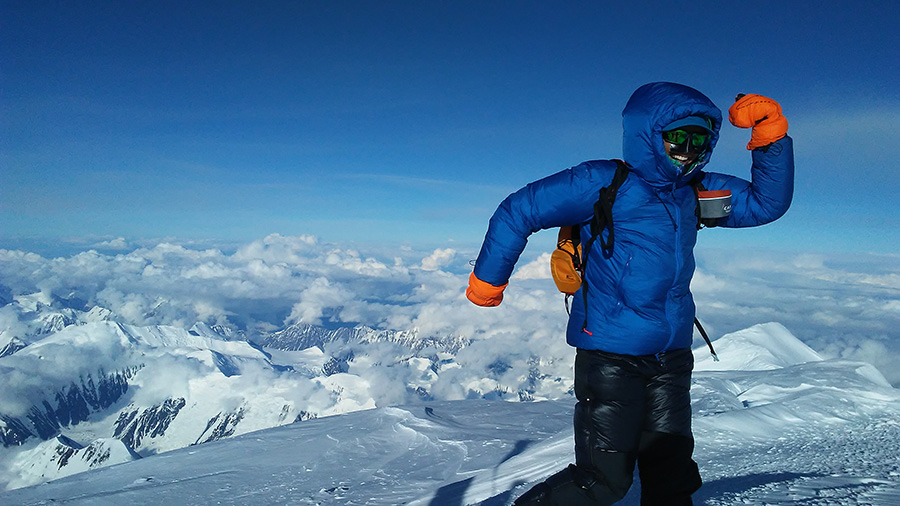 Denali (6194 m, Alaska Range) is the highest peak of North America: it is an amazing huge mountain, really difficult to imagine if you didn’t experience it. So, we are proud and happy that on 13-14 June 2017 our American athlete Katie Bono established the new female speed record on the mountain. Katie made a round-trip ascent of Denali via West Buttress from base camp in 21 hours and 6 minutes, that is also the third or fourth fastest known time overall. So, being sure that you are interested to know more details about this great achievement, we present you this exclusive interview with Katie.

When and why did you decide to go for a Denali speed record?
I first thought of doing a speed ascent on Denali in 2013 when I guided there for the first time. I think speed ascending is pretty fun because moving fast in the mountains is a really cool way to experience them and there are very few places where you can essentially do a trail run up a giant mountain like this.

What does this record mean for you?
The record is a cool thing for sure and hopefully will pave the way for more women to push themselves in the mountains, but honestly I’m more psyched about the experience in general versus notching a specific time. It’s really fun to see how fast you can go if you have the skills and gear to travel super light and just go for it.

And what does Denali mean for you?
Denali and the Alaska Range are really special places for me. It’s a stunningly beautiful place and something about spending 3-4 weeks up there really clears my head and gives me a refreshed outlook when I get back to civilization. The community of people who come to the Range most years is pretty tight, as well, and that’s a big part of what makes the area so special.

How did you train to establish the record? Any secrets to your success?
I trained mostly in the classic nordic skiing style: a long workout a week, a couple interval sessions, and a couple short-medium length workouts per week. Ideally I would have trained for much longer than the four months that I did, but I’ve been wanting to do this for a long time and I figured I should seize the chance this year and get it done! I don’t think I have any secrets, mostly just putting in the time and being consistent about things! I used to nordic ski race so I have a pretty huge endurance base – this winter I was just trying to reactivate it as much as I could and regain some of the fitness from that.

What CAMP products were integral to your success?
The Corsa Nanotech ice axe and the XLC Nanotech crampons – I made a hybrid crampon setup with the Nanotech front points and the heel pieces from skimo racing crampons. They were pretty sweet. The Rapid Racing pack was probably the most essential though, as well as the G Comp Wind Power gloves – the range of temperatures you can use those gloves in is enormous.

Are more speed records on big mountains in your future plans?
I’m not sure! Right now I’m just relaxing and decompressing and avoiding making any huge goals. I’m definitely not opposed to it, but I think I might spend some time rock climbing now!

You climbed the Cassin Ridge, first ascended in 1961 by our Riccardo Cassin and company. What do you think about this legendary route?
The Cassin Ridge is a super classic route. It’s really gorgeous and definitely an amazing ascent by Cassin in 1961. 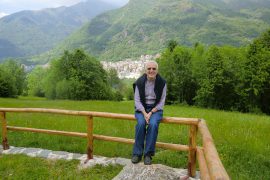