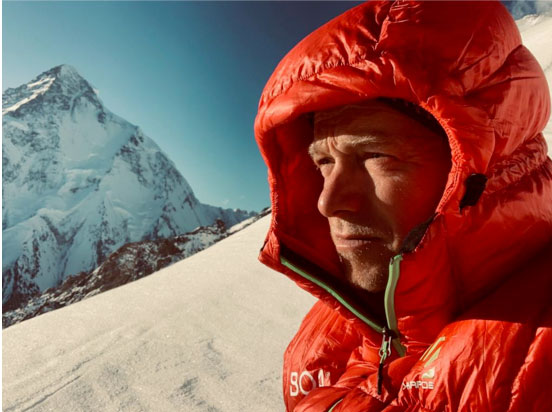 Boa pioneer and Austrian mountaineer Max Berger has paraglidied off the Shoulder of K2 at an altitude of almost 8000m to end his Climb2Fly project.

Boa pioneer and mountaineer Max Berger’s objective was to climb K2 and fly from the summit back to the base camp. One could say he failed but we would still call it a success. He tried hard, the conditions have been tough due to heavy snow masses and he was experienced enough to take a wise decision to get back healthy. Paragliding down from 8000m is outstanding. 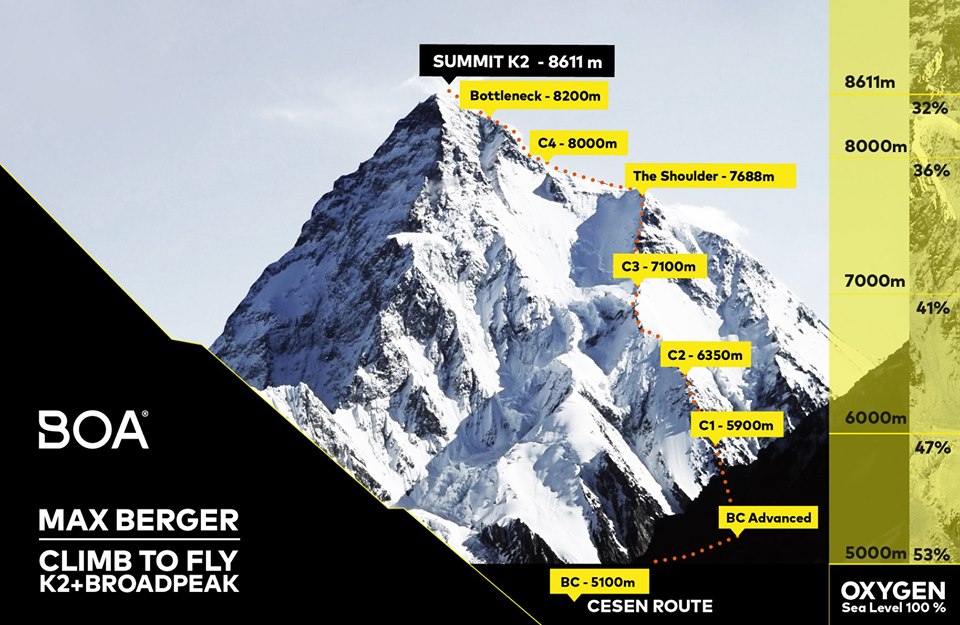 Several avalanches at K2 forced mountaineers to turn around before getting to the summit. So, no summit till today at K2 for this season. Let’s hear how Max experienced the last days:
“I left basecamp on July 14th at 5am. I finally have chosen the Cesen route as it is faster, steeper, shorter…I skipped camp 1 and went directly to camp 2 at about 6300m. The weather forecast was very good, despite we got 20cm of snow and about 50km wind during the night which is not nice due to avalanche hazard. Next morning was fine so continuing to camp 3 was possible which I reached about noon the next day. Breaking trail about 700m luckily an American mountaineer helped me out the last meters…camp 3 at about 7100m. In camp 3 I was sure my decision to take Cesen was wrong as many people were at the Abruzzi for trail breaking…so big depression… 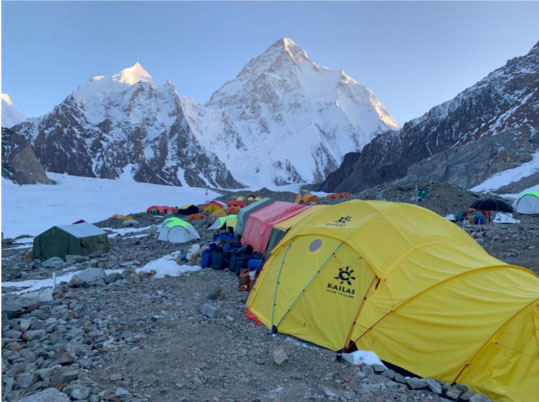 Next night with lots of wind and snowfall. So, again trail breaking to camp 4 which is at about 8000m on the shoulder of K2. Due to avalanche hazard I had to spend 2 nights at 8000m which is not comfortable at all – you can’t rest at all…I was running out of food… Started direction summit with several teams the night 17th to 18th. I felt pretty well, but still little tired legs due to trail breaking… The major problem on the attempt was too much snow at the bottleneck which is the big serac at about 8300m above the shoulder. Several avalanches went down, and people took maximum risk. Despite all people hat to turn back. No summit for anybody on that attempt. This morning I could paraglide off the shoulder at about 8000m back to basecamp within 15 minutes….I’m happy! 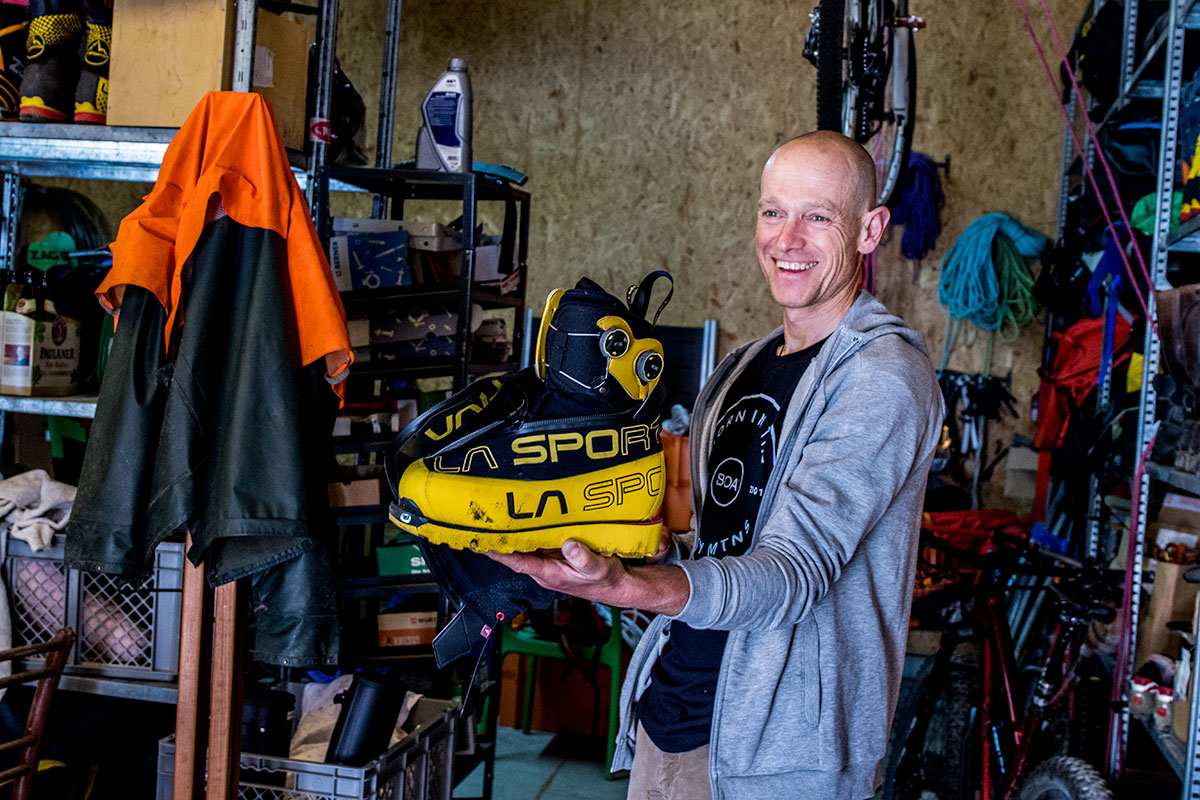 “The flight was incredible … best ever, even topped the flight from Camp 3 Broad Peak.”

Max will get home asap to enjoy the rest of the summer. Further expeditions? Max is always dialed in. Let’s wait and see. 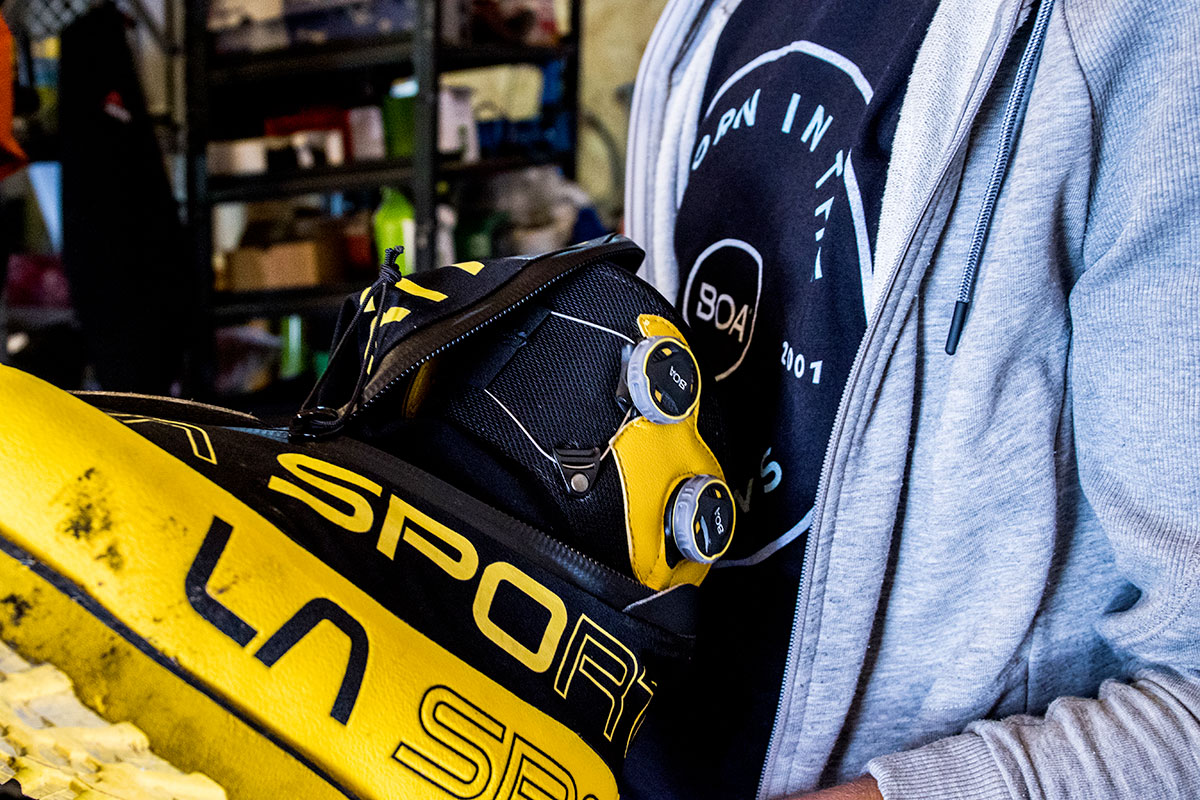 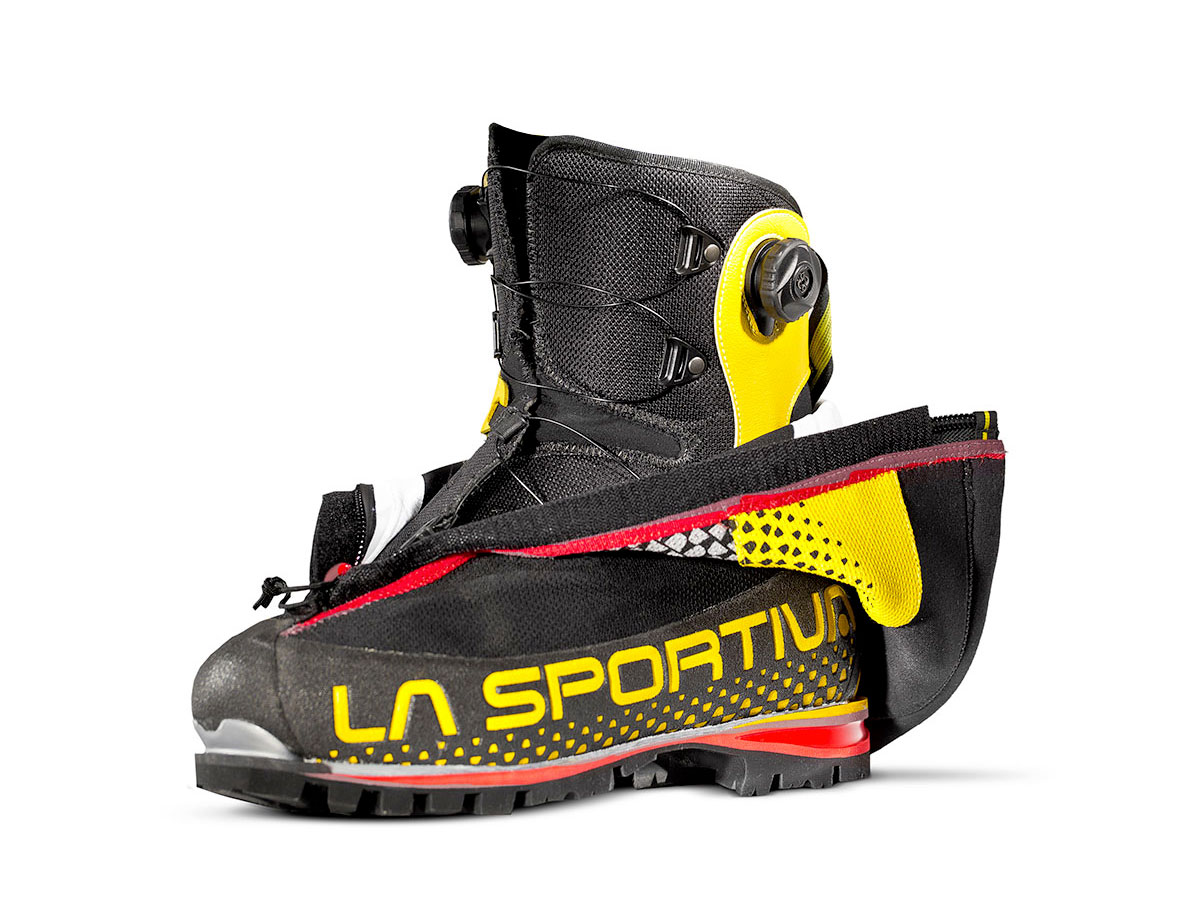 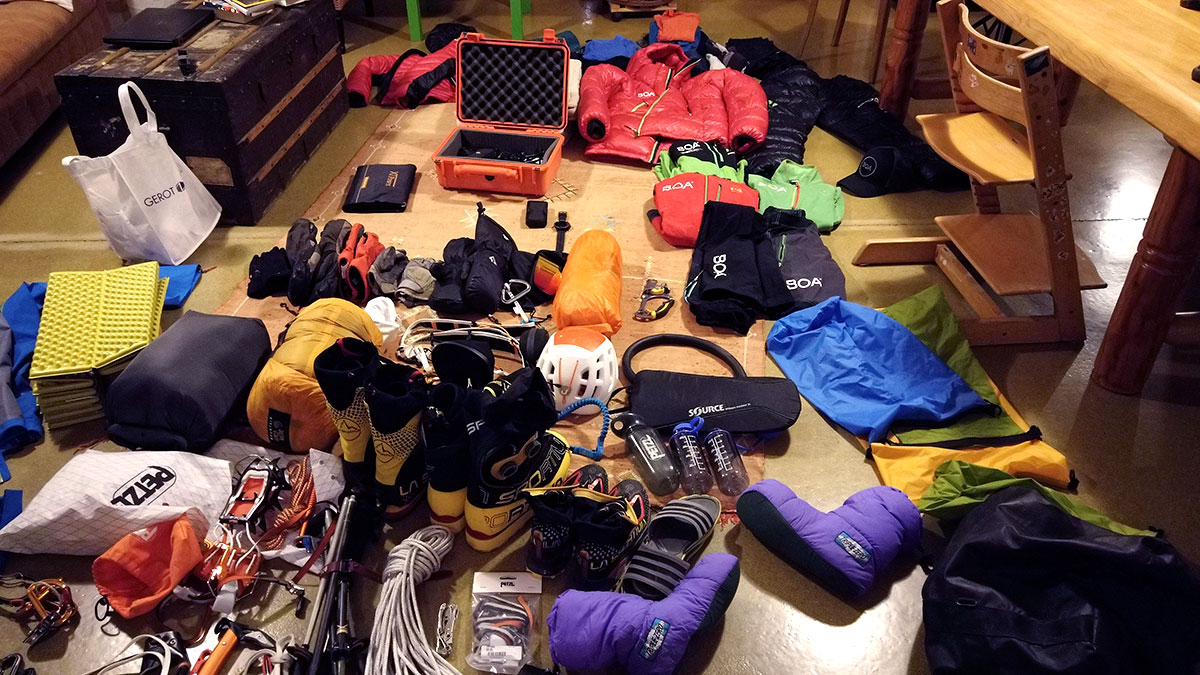 The gear used by Max Berger of his BOA supported Climb2Fly project. 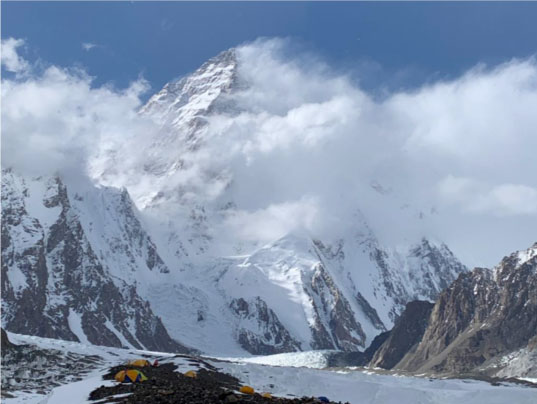 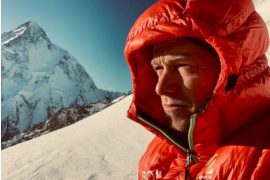 Boa pioneer and Austrian mountaineer Max Berger has paraglidied off the Shoulder of K2 at an altitude of almost 8000m to end his Climb2Fly project.